On Set: In Tune 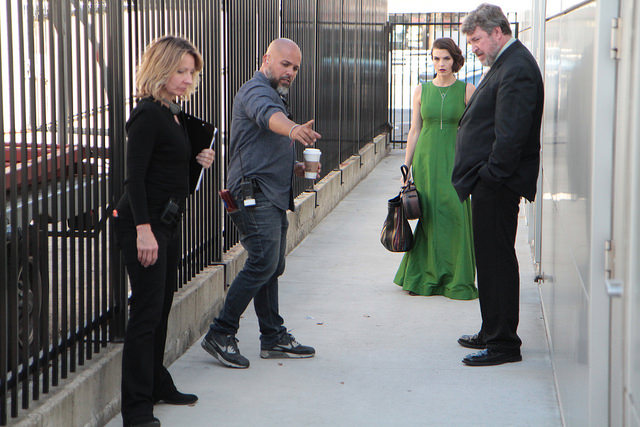 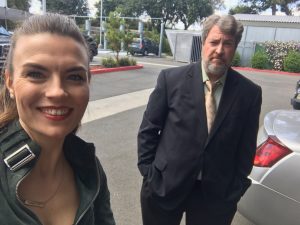 Had a really good day today on set, shooting the short film “In Tune” for the 168 Film Festival. Started at 9, got to meet the crew – really professional group. Hung out for a bit, the catering/crafty was my good friend Angela Tesch, volunteering after she met the director, Laura Woodworth, at a 168 Film mixer.

Got into wardrobe, hair and makeup, mic-ed up and Audrey & I did our first scene – our second meeting, chronologically. Seemed to go well. We were able to bang it all out in just a couple takes.

Had a little Chipotle for lunch, hung out and met a few new people – several folks volunteered their Saturday to fill out our upscale reception scene. Had some discussion about Dietrich Bonhoeffer, since I was reading one of his biographies as research for the play I’m putting together.

then did our second shot, which was more complicated, and has been the most difficult scene to figure out physically since the first rehearsal. And we were doing it completely differently today than anything we’d rehearsed, and the location was a challenge for the camera rig as well.

It took considerably more takes and retakes to get it right, but in the end, Laura seemed to think we had good material, so there you go.

After I got changed back out, I walked back to my car, and stopped in at the Target I was parked in front of, and found a blu-ray of Mike Birbiglia’s “Don’t Think Twice,” in their clearance section. I loved it when I saw it at the Laemmle, so I went ahead and picked it up.

Then did some laundry and worked on more writing. Long, but productive day.